For the past two years, Doctasaurus has served as a symbol of reflection and hope.

And now, the stomping T-Rex (which has featured in the GoGoDiscover Trail run by Break),  has a new permanent home at Contract Personnel in Norwich.

During the last two Summer’s, the trail has brought the city to life – with dino hunters of all ages gathering to take on the Jurassic quest.

During the debut year, back in 2021, Doctasaurus was situated close to John Lewis – just along from the Contract Personnel office on All Saints Green.

When she returned for a second year, a new location was found at the bottom of Bridewell Alley – close to St Andrews Hall.

Contract Personnel have been a sponsor of the Break GoGo Discover Trail, and more specifically Doctasaurus, since the launch of the initiative.

Doctasaurus is a bright, colourful character and the brainchild of local artist Hilary Sanderson. The sculpture was created as a statement of gratitude to all the key workers on the frontline of the coronavirus pandemic, with its bright rainbow colours serving as a symbol of reflection and hope. Hilary is a local artist who is proud to have designed work for all previous Break trails in Norwich. She has also been involved in Wild in Art trails across the country and gains satisfaction from designing work that will be appreciated and loved by a wide audience.

During the Summer, 55 Tyrannosaurus rex sculptures were stationed around Norwich and 24 Steppe Mammoths appeared in King’s Lynn, Cromer, Holkham, the Norfolk Broads, Hemsby and Pensthorpe – the event was organised by Break in partnership with Wild in Art.

And after the conclusion of the trail, a special Charity Auction was held – to raise all important money for the work of Break. During this evening, the sculptures were sold to sponsors/bidders and keen dino enthusiasts.

Contract Personnel were fortunate enough to secure the purchase of Doctasaurus before the evening (as we just couldn’t miss out on our fine sculpture). She is now proudly standing guard outside our offices on All Saints Green. Contract Personnel would love for members of the public to tag them in any photographs taken with the dinosaur, using the hashtag #CPLDINO, and encourage people to come and visit the sculpture.

Celebrity auctioneers Charles Hanson and Natasha Raskin-Sharpe, from BBC’s Bargain Hunt, Flog It! and Antiques Roadshow, were in charge of the hammer – when the Charity Auction took place at Norwich Cathedral.

The three medium-sized Breakasaurus brought in a t.riffic £15,000 between them.

In total, it was most money that has ever been raised in one of the trail auction – an amazing sum of £427,000.

And remember, if you are looking for work – Contract Personnel can help YOU! 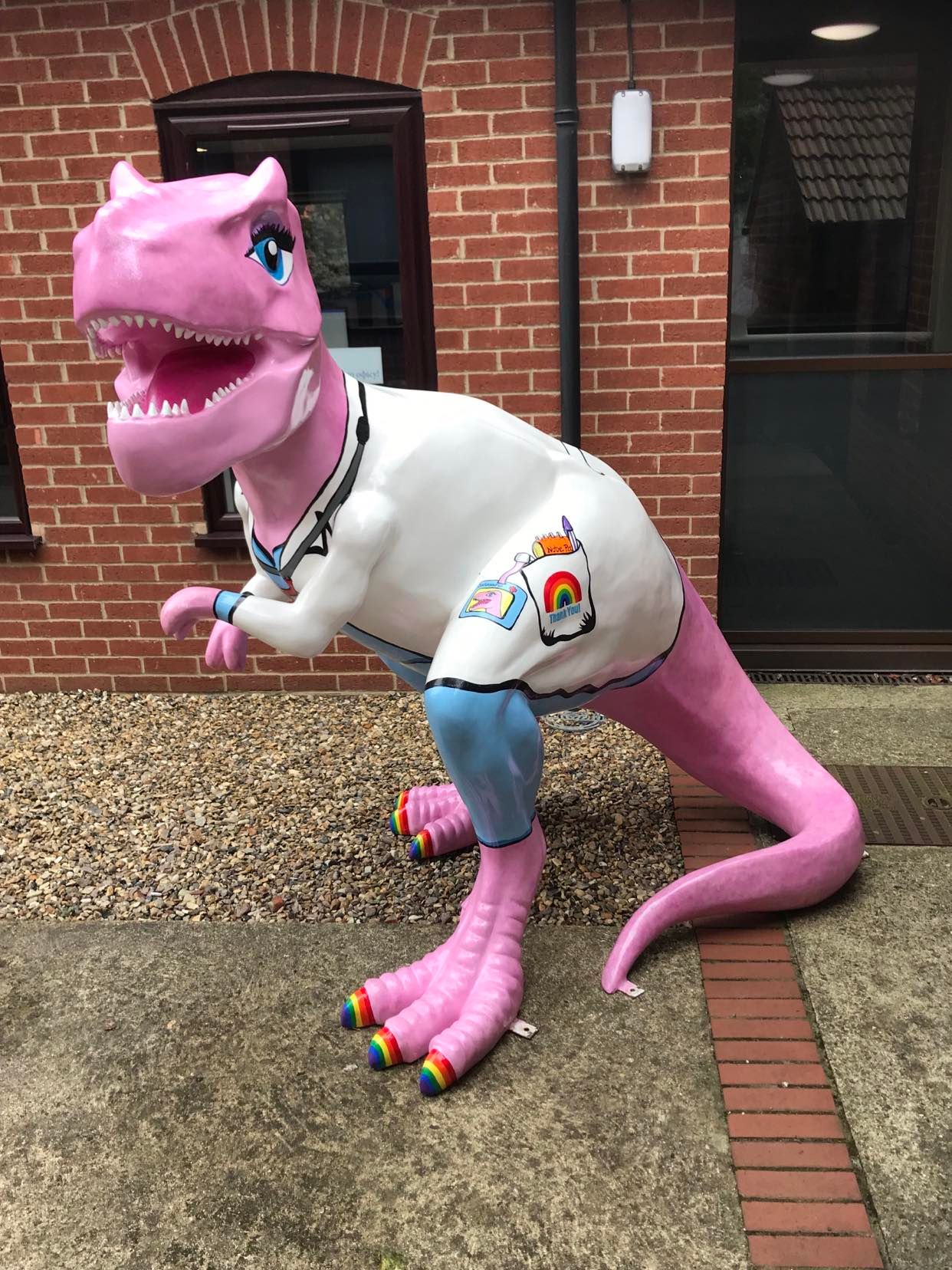 At Contract Personnel, we believe our industry is all about people. So why not talk to the people who can help you find the right employees or the best job for you?

Contact us or come and visit us at one of our Norfolk offices.